I'm back with a challenge card!

Ugh! It has been awhile...
Well, I am back with a card for Cinema Saturday.
This week, the lovely Cinema Sisters are showcasing the popular sequel to the uber-popular "Twilight": 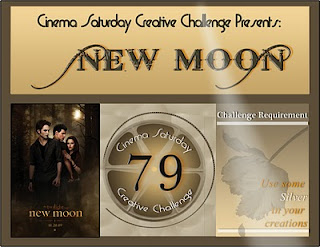 I actually haven't seen this movie yet, but I did read the book. I've been a little skeptical about seeing this after seeing "Twilight" -as usual the book was sooooo much better than the film. I've heard better things about the sequel though, so I'll have to catch it on Netflix soonish.
I really enjoyed this book, it may be my fave out of the series. I chose the theme of the friendship that developed between Bella and Jacob for my card. To know you have a friend who is there for you unconditionally when you need them most, and the ability to be a friend like that as well.
The color scheme of my card is based on the Olympic Peninsula coast -the frothy green of crashing waves, the gray/silver clouds as the rain is coming in, and the blue of a summer sky at (what else?) twilight. 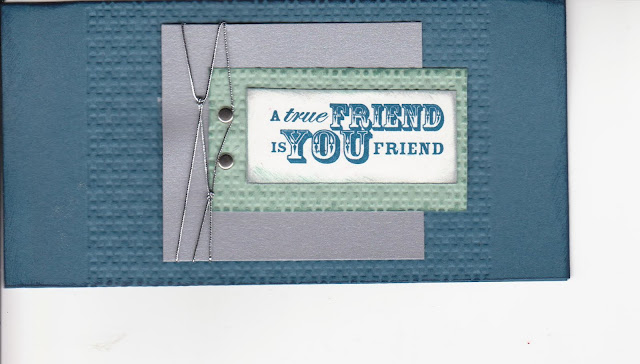