This looks to be one of the best berry seasons I have ever experienced in Western Washington, and I am so excited!! Local berry farms have been selling berries 2 weeks ahead of schedule, and don't believe the season will be shortened -WooHoo!!
We've slowly been building up our berry patch over the years; Started with a couple of dwarf blueberries, one of which is still incredibly small and not a great producer, next came the thornless blackberry from my childhood backyard, a few strawberries here & there that got their own patch this year, a marionberry in a gallon pot 2 years ago, and this year a raspberry patch comprised of a few new sticks (uh, canes) we bought at the favorite hardware store and transplants from Mom K's house.
This has all resulted in some good yield so far:
Strawberries -not enough for a decent batch of jam yet, but plenty to pick and eat.
Blueberries -couple of handfuls so far, some of them even came off of the teeny one!
Raspberries -even though these were just planted early to mid spring, we've gotten a couple of handfuls off of them. Success in my book! We will be making a trip south to buy some locals just so I can get my jam on. We like Spooner's.
Marionberries -The current star of the show: 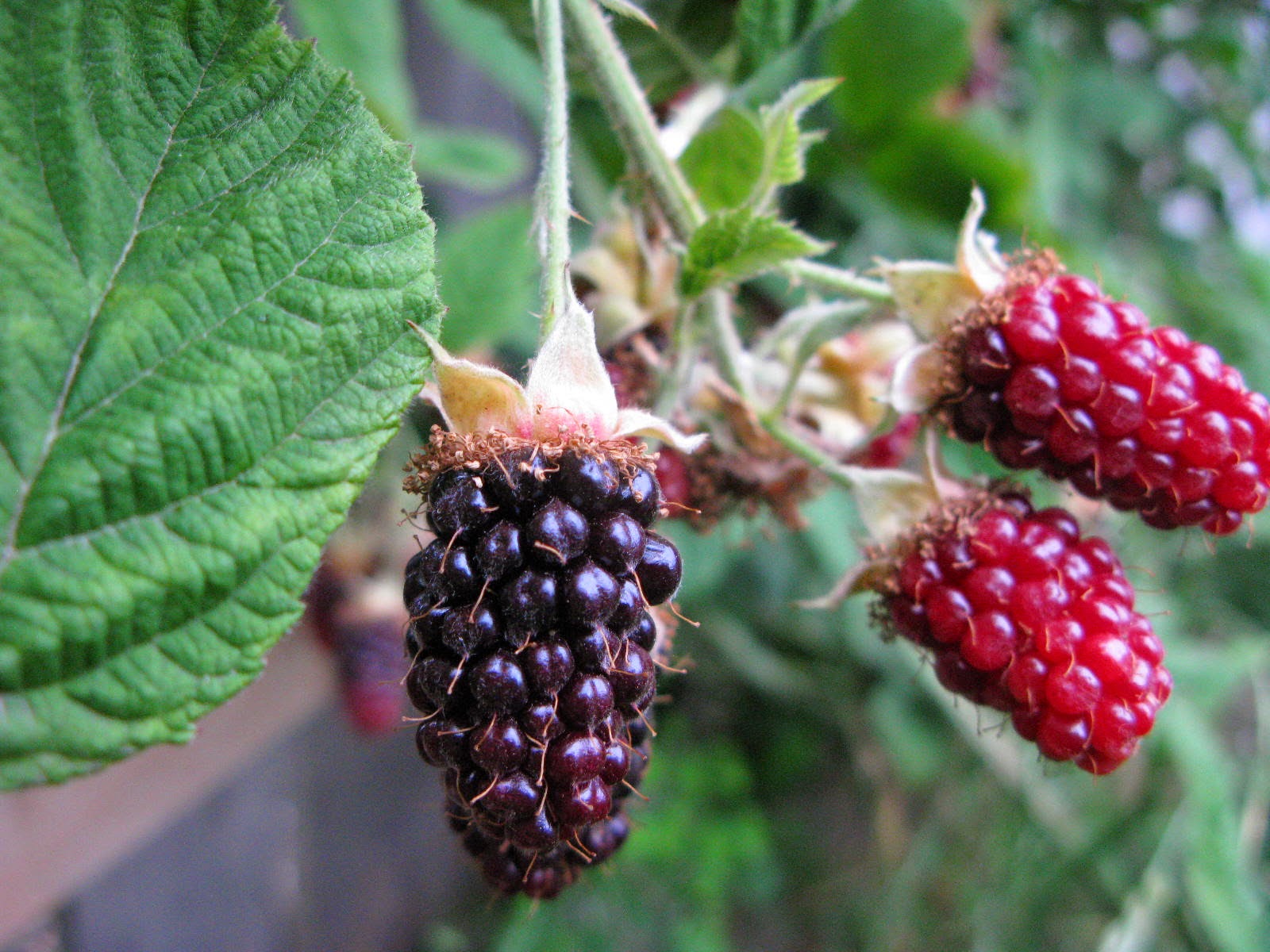 As they started ripening, we picked and ate a few each day, but I was able to pick enough (5+ cups) to make hubby a welcome home crisp over the weekend. It was gone before I could snap a pic. :) 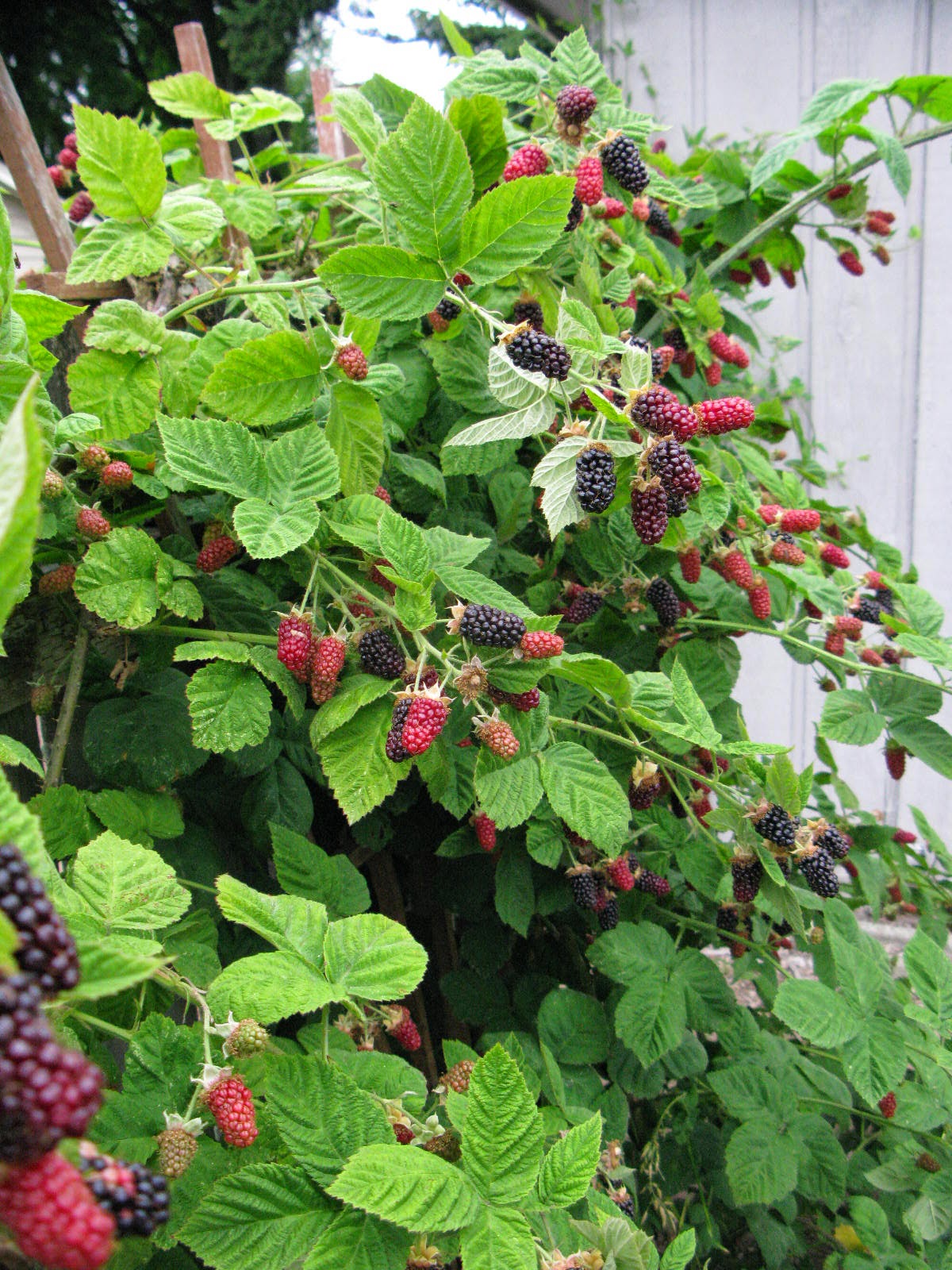 This morning I went out and snagged 3+ cups, with probably a second picking later today. 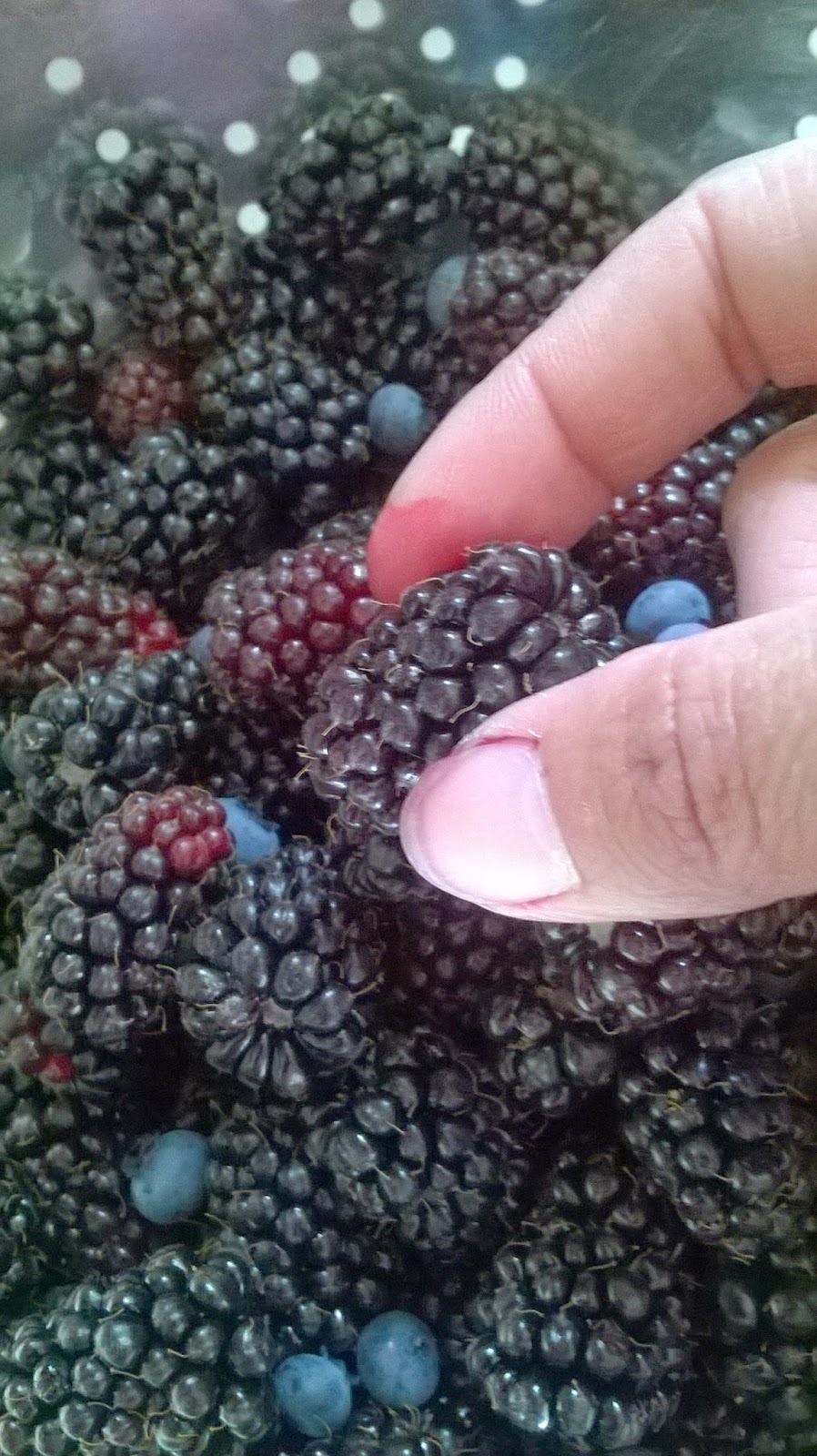 Here are my happy, berry-stained fingers. :)
I'll be washing and freezing the berries this week to jam later on, and probably another crisp or cobbler.
Last but not least:
Blackberries -Already seeing green berries, busy bees all over the multitude of blossoms. It's gonna be another great (and early!) blackberry year.
Honeyberries -Okay, this is a new one. Some friends of ours are moving out of state and gave us their 2 honeyberry bushes. I had never heard of honeyberries. We won't get berries this year, but if you have tips for this plant, I'd love to hear it! They are going to be planted east of the raspberries. 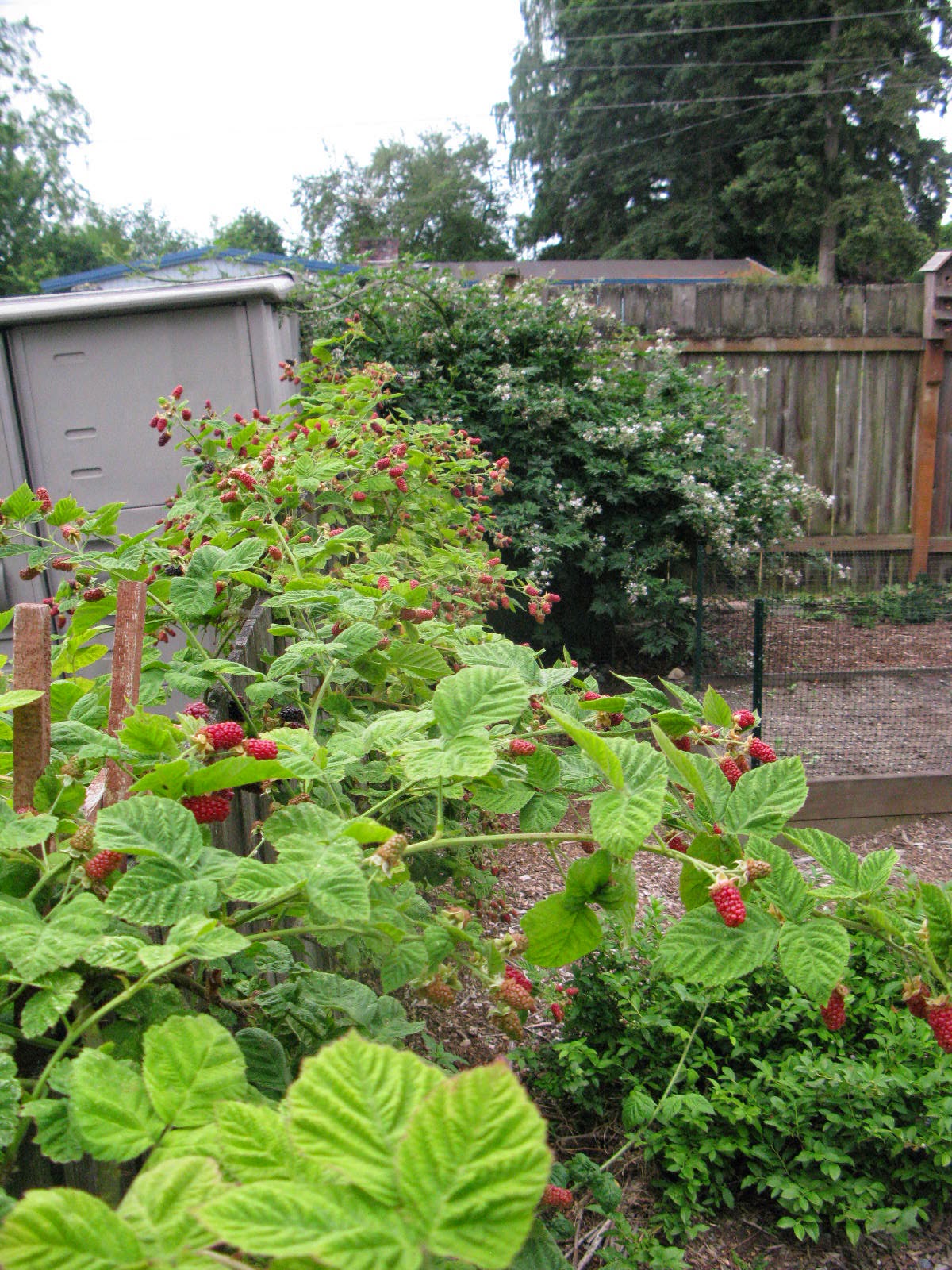 This is a section of our berry patch. Blackberry is blooming in the back. That one bush can get me 3 large batches of jam, a couple of cobblers/crisps/pies, and leftovers for smoothies or just eating. Shrub at the right is our "large" dwarf blueberry. It usually gives a handful+ each year. This year we've already gotten two, with another ready to pick today. Enough for munching, or maybe pancakes. Unfortunately, with it's location (low) I think we lose the fruit to birds and other critters. In the foreground is the marionberry. I am so glad we bought this, it rocks! Raspberries live to the left of the photo, strawberries to the right.
We have a berry good life...
Posted by Nancy K at 9:35 AM