I love a good sale

For as long as I can remember I have loved garage sales -going to them and having them.
However, the best is going to them, finding an amazing treasure, and getting it for a deal!
I know some people think they're gross, but I like the idea of finding something reminiscent of growing up, something with character & quality (they really don't make things like they used to!), and really, some things are just meant to be re-purposed.
The kids and I popped into an estate sale this weekend -fortunately, it wasn't a hoity-toity one (you know the ones I mean), and the kids stuck by me and kept hands to selves. It was an hour before the sale ended, which, as I told the kids was a pro/con situation: pro -you are likely to get better deals, con -not so much of a selection. Pro: everything was 1/2 off!
This house had some awesome little honeycomb rooms downstairs that had kind of a pantry/canning/storage room feel. One of them would have been the perfect craft room -I could totally picture all of my stuff in it!
Each room had different stuff, and my littlest one did so well waiting for the last one -the Christmas decoration room.
We found our treasure in the last box -the ornament jumble.

We're gonna make these little treasures for Christmas this year: 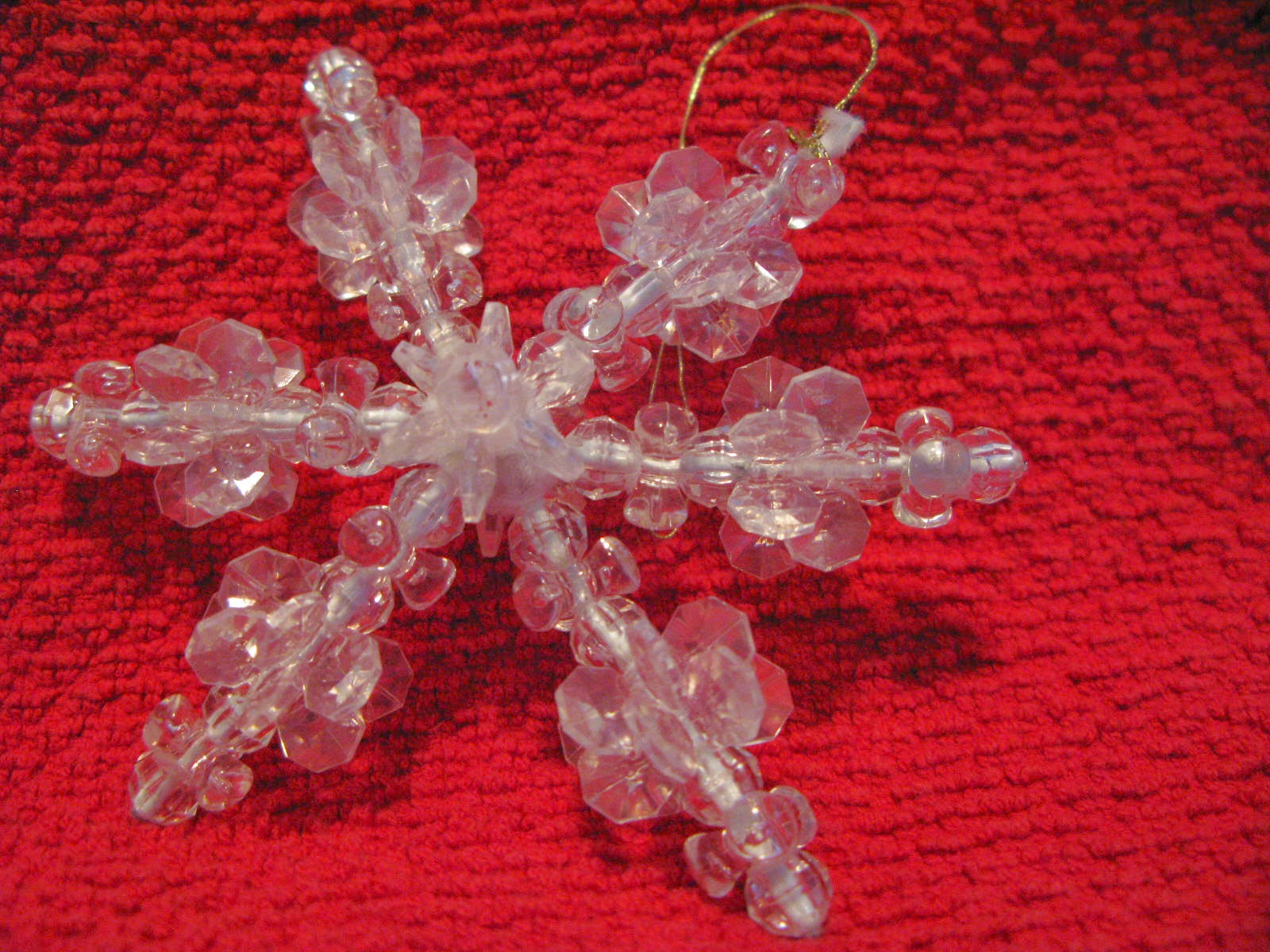 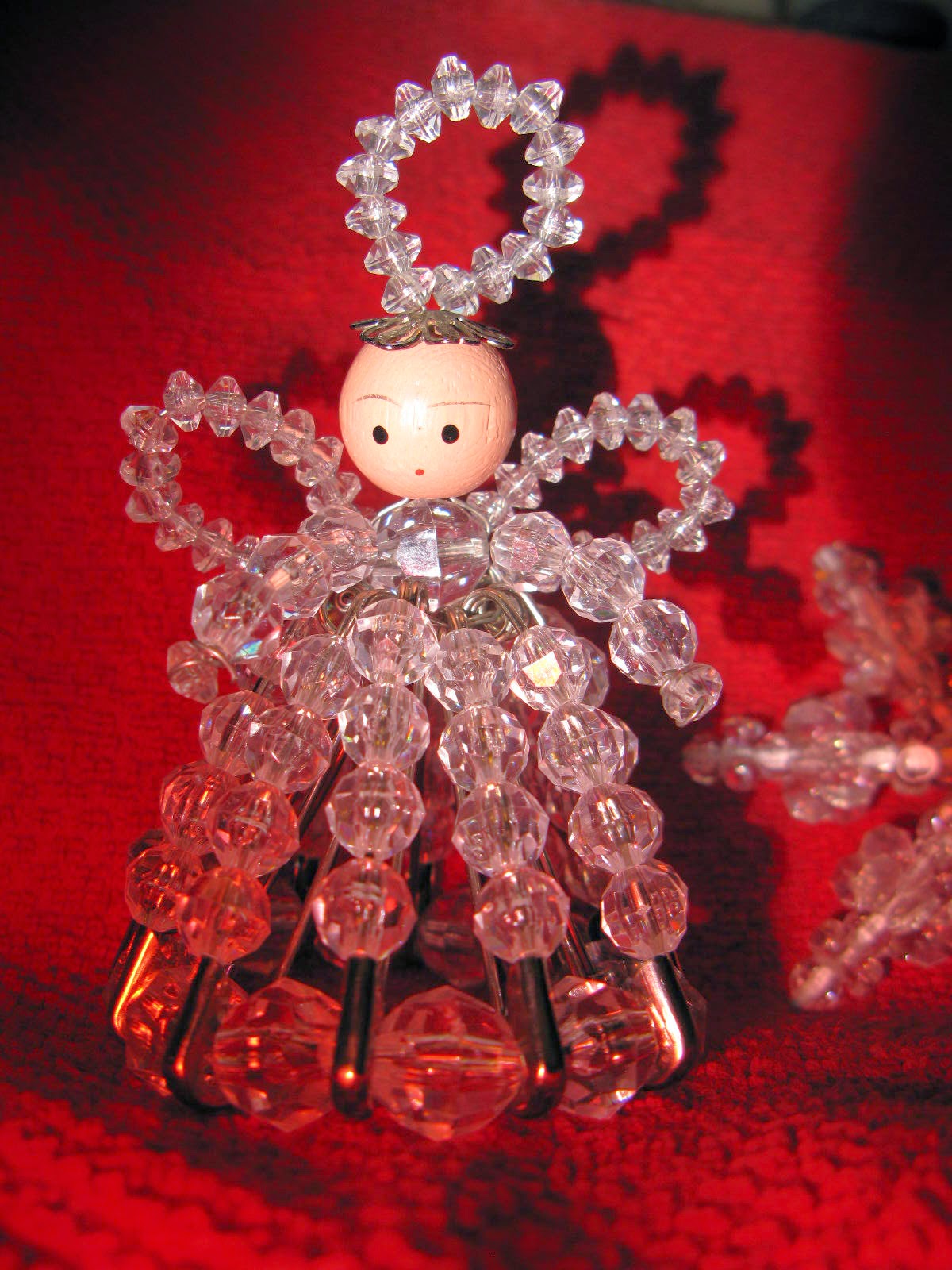 I want to change out the angel's painted head for a clear bead instead, but I just love these. They've got kind of a funky, retro, folk-art feel. We make clear beaded icicles as a long-time family tradition, so I'm pretty stocked up on the beads. Just need the wire, safety pins, and a re-stock on pipe cleaners and we're ready to roll.

Well, after the estate sale, where the woman offered the kids the couch she'd just marked down for nothing if they could fit it in the car, they are ready to hit up another one. Like their mama, they love a good deal, and are looking forward to finding some over the summer break.
For the record, there was no way that couch would've fit in the van -it was pretty big, but the kids will not forgive me for awhile for passing it up. Middle child said he'd have dragged it all the way home in the pouring rain if I'd have let him. Not a chance kiddo!

Until the next time,
Happy Crafting!
Posted by Nancy K at 6:00 AM